Based on an interview with Zhang Wenchun by Xinhua Viewpoint.

Qigong is an incredible holistic form of healing that has changed our lives and the lives of so many of our loved ones. Yet, Qigong is approached by some with skepticism and misconception. Moreover, as practitioners, the better we can understand Qi, the more we can expand and benefit from our practice. So, in order to understand the inner workings of Qigong we must pose the question:

Zhang Wenchun (pictured right) is the Dean of Jiangxi University of Traditional Chinese Medicine (JXUTCM) and Vice President of the Chinese Medical Qigong Society in China. He has been researching into and teaching Qigong at JXUTCM for decades.

For Professor Zhang, the fundamental question in proving whether Qi exists is firstly:

His main goal has been to answer this question and to explore how Qigong has passed down from generation to generation until today.

‘The earliest Qigong was very simple,” says Professor Zhang. It was inspired by our reactions to the different realities in our daily life. “We tremble when we feel cold. We sneeze when we feel our nose itch. We make a noise when we are scared.”

The earliest Qigong relates to actions and responses in our daily life. The Qigong methods we refer to today refer back to the foundations passed on from our ancestors. They provide guidance such as: exhale, inhale, sitting and meditating, which all refers back to ancient times.

A Journey Through History

In the 1950s, Mr. Lui Guizhen set up a Qigong healthcare and treatment center in Tangshan, Hebei. Using Qigong to treat chronic diseases, and the results were quite encouraging. It attracted people’s attention. Health authorities also acknowledged the achievements of the center. Qigong thus became popular throughout China.

In the 1980’s and 1990’s, Qigong practice reached its peak. Back then, people practiced Qigong in parks and squares. However, there was a problem. Trainees learned some basic Qigong. They knew a bit about it and got positive results., but they didn’t have the correct theories to explain it. There was a risk of them being misled by the wrong theories.

After the government’s intervention to rectify Qigong’s incredibility, the practice of Qigong declined as it was seen to be evil and too mysterious. To promote Qigong again, Traditional Chinese Medicine (TCM) institutes started the scientific research of Qigong and so, a standardized platform was set up for Qigong enthusiast to learn and interact.

If you click on this video we will play the video, load scripts on your device, store cookies and collect personal data. This enables [Google Ireland Limited, Irland] to track activities on the Internet and to display advertising in a target group-oriented manner. There is a data transfer to the USA, which does not have EU-compliant data protection. You will find further information here.

How Do We Make Qigong Less Mysterious?

Jiangxi University of Traditional Chinese Medicine (JXUTCM) has been organizing Qigong courses for four years. In 2013, JXUTCM founded the Qigong Scientific research Institute (aka Scientific Research Center of China Medicinal Qigong Society) with Zhang’s help. It is one of the few universities in China which invests in Qigong research and training courses.

“It is different from other courses in the society. It is more trustworthy and scientific. We conduct scientific experiments alongside our courses – with modern scientific explanations and techniques. We want to see the shape of Qi (vital force) in our bodies,” says Professor Zhang.

Qigong is obviously related to Qi. So, what exactly is Qi?

According to Professor Zhang, this has been a controversial topic for decades. Back when we did not have modern scientific techniques, we could not examine the existence of Qi in an objective manner. “We now have modern technology and equipment to detect a layer of Qi around the human body,” says Professor Zhan. “Qigong practice strengthens the layer of Qi. This is how we present it in an objective manner.”

This year the research team took up a National Science Program. The program detects Terahertz (THz) radiation amid collagen and fiber transmissions. Through conducting experiments, it builds a physical model using the calculation of quantum mechanics, and the help of a database containing bigger samples, to proves that THz radiations could be the main element of Qi in TCM.

Local and foreign Qigong enthusiasts as well as JXUTCM students took part in this experimental course. For Professor Zhang, Qigong and TCM are closely related. Students can learn TCM more efficiently when they know more about Qigong.

“We use modern teaching methods with the mechanism of Qigong practice. We can easily understand that human anatomy and energy channels are actually blended into the Qigong practice. This new teaching method allows [the students] to rapidly observe some changes in their bodies. I think the ancient practitioners might find it difficult to achieve that,” says Zhan.

What Does this Mean For the Future of Qigong?

Nowadays, the few TCM institutes in China that work on Qigong research, have a severe shortage on resources and professional Qigong trainers. Professor Zhang’s team from JXUTCM is one of very few examples of this kind of Qigong scientific research and innovative work.

Qigong and TCM are precious traditional and cultural treasures. It is a collection of wisdom and experiences from our ancestors that relates to our bodies. If China focuses on developing the teaching and researching of Qigong in a scientific manner, our knowledge of Qigong may expand so this practice can continue to grow and shine again.

Qigong knowledge is a broad, profound and complicated ideology and mental activity. According to Zhan, it is our responsibility to make Qigong less mysterious and more scientific. 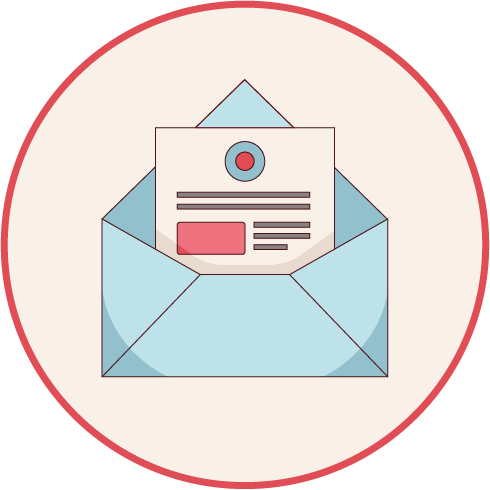